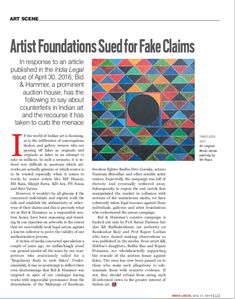 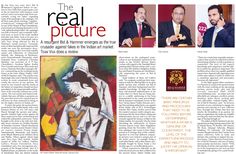 THE REAL PICTURE: A resurgent Bid & Hammer emerges as the true crusader against fakes in the Indian art market. Team Viva does a review 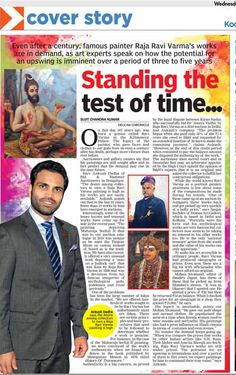 "Standing the test of time" - On the 167th birth anniversary of Raja Ravi Varma - the pioneer of Indian modern art, Ankush Dadha, director of Bid & Hammer, speaks on the lasting appeal of his style and how to differentiate between lesser known and fake works. Source: Deccan (Kerala) Chronicle, 29 April 2015 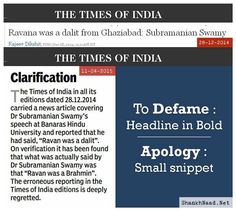 WE ARE NOT THE ONLY ONES! Times of India - To Defame: Headline in Bold, Apology: Small Snippet #subramaniamswamy #counterfeit #news #art #auctions 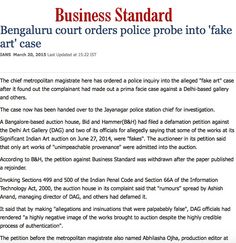 The chief metropolitan magistrate here has ordered a police inquiry into the alleged "fake art" case after it found out the complainant (B&H) had made out a prima facie case against a Delhi-based gallery and others. 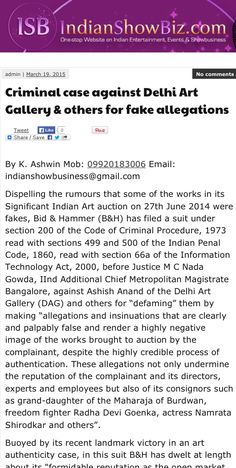 Criminal case against Delhi Art Gallery & others for fake allegations 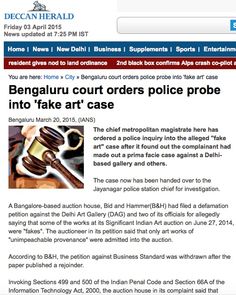 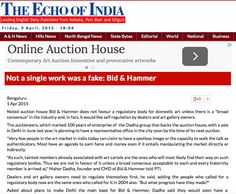 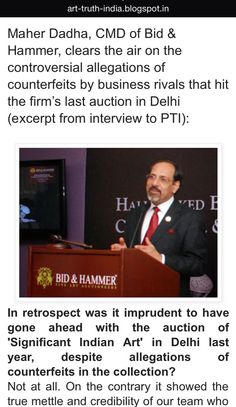 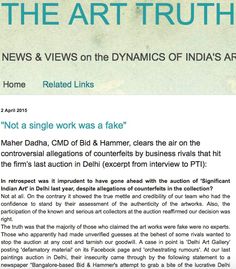 Maher Dadha, CMD of Bid & Hammer, clears the air on the controversial allegations of counterfeits by business rivals that hit the firm’s last auction in Delhi (excerpt from interview to PTI) 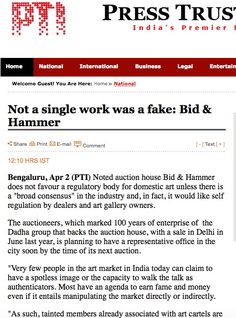 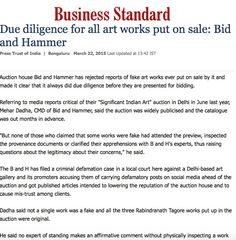 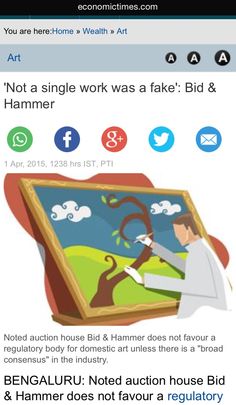 'Not a single work was a fake': Bid & Hammer

"Not a single work was a fake": Noted auction house Bid & Hammer does not favour a regulatory body for domestic art unless there is a "broad consensus" in the industry and, in fact, it would like self regulation by dealers and art gallery owners. - THE ECONOMIC TIMES, 1ST APRIL 2015 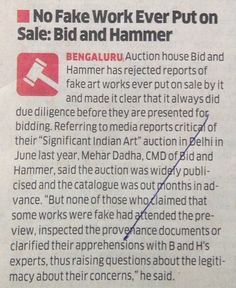 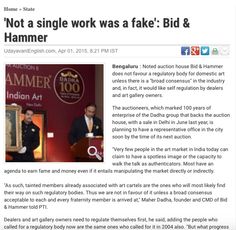 "Not a single work was a fake"