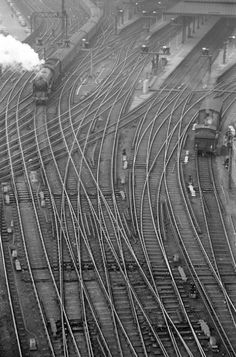 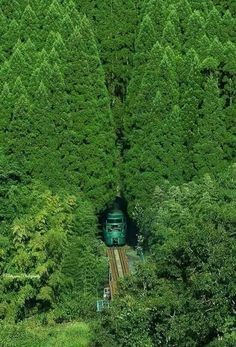 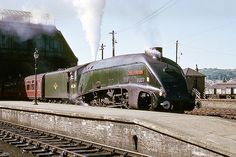 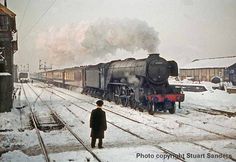 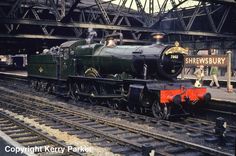 7802 "Bradley Manor" is ready to work the Cambrian Coast Express at Shrewsbury, by T. Baxendale.

A brace of Peppercorn A1 Pacifics rest in York roundhouse during Easter weekend 1964. Negative scan. 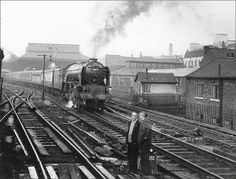 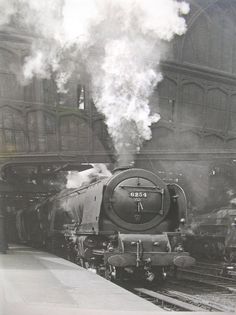 I've had this framed photo on my office wall for some time, but have never got around to finding out where the photo was actually taken. My first instincts were maybe the old London Euston Station, I then started to wonder about the possibility of one of the Manchester Stations. I've deliberately lightened the image slightly in order to show the wonderful style of windows and framing on the canopy (I think that's called architecture) in the hope that this will be a major clue as to which… 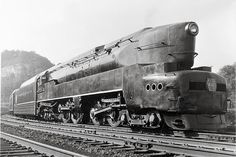 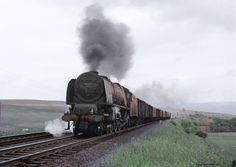 One of Stanier’s magnificent Princess Coronation pacifics, No 46225 Duchess of Gloucester climbs the 1 in 75 gradient on a Crewe – Carlisle parcels train near Shap Wells, a place she had passed countless times during the preceeding quarter century. Very few repeats of this scene could occur, as the date was 24th June 1964, and withdrawal from service would take place just a few weeks later on 12th September. Following release to traffic as a crimson lake streamliner, No 6225 in 1938, Crewe…

A Northern engine all of its short life.....Into traffic 1946, Gateshead, Heaton & Tweedmouth were its only operational sheds, spending almost 16 years on Tyneside allocated to Heaton, and must have been viewed many times at York during its short lifespan. Named, like several of its sister engines, after a racehorse...the 1946 Derby and St Leger winner 'Airborne' Withdrawn from traffic in October 1961 and cut up at Doncaster Plant, April 1963. Photo. M. Mensing. 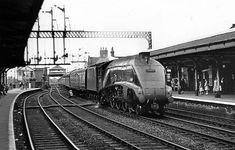 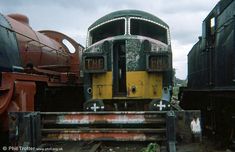 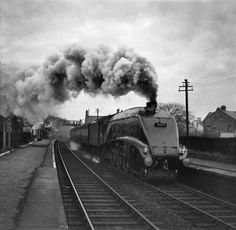 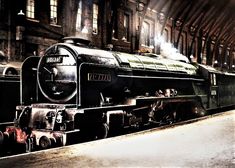 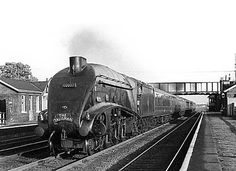