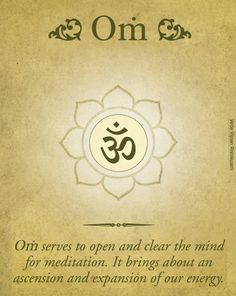 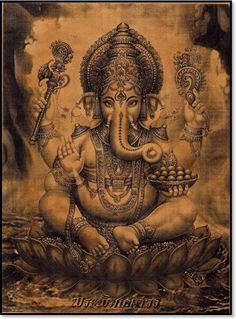 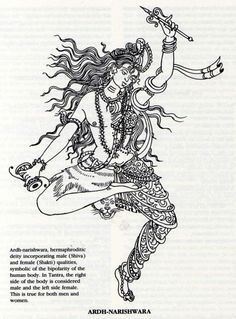 Ardhanarishvara Right the Male Energy(Shiva) and Left the Female Energy(Shakti) symbolic of the bipolarity of the human body. 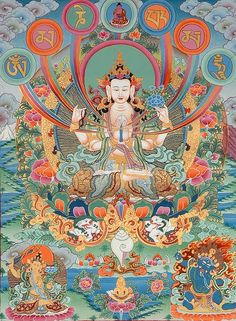 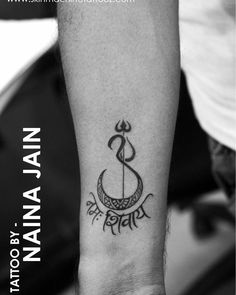 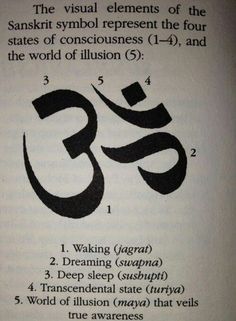 ॐ AUM is a Hindu sacred sound that is considered the greatest of all mantras. The syllable Aum is composed of the three sounds a-u-m (A and U become O sound). It represents: 1) the three worlds - earth, atmosphere, and heaven. 2) the three major Hindu gods - Brahma (creator), Vishnu (preserver), and Shiva (destroyer). 3) the three states of the mind: sleep, awake and dream. 3) Collectively known as the Vibration of the Supreme God 4) The sound created upon the creation of the universes. 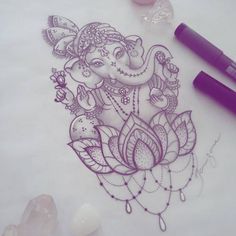 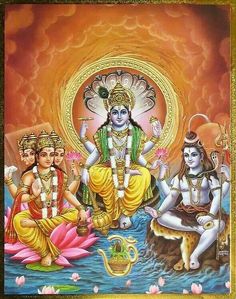