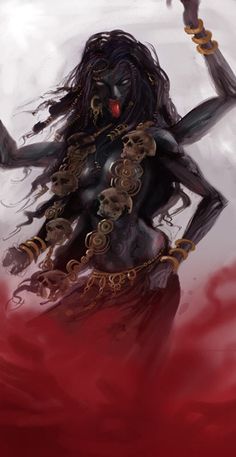 Kālī is the Hindu goddess associated with empowerment, shakti. She is the fierce aspect of the goddess Durga (Parvati). The name Kali comes from kāla, which means black, time, death, lord of death: Shiva. Since Shiva is called Kāla— the eternal time — the name of Kālī, his consort, also means "Time" or "Death" (as in "time has come"). 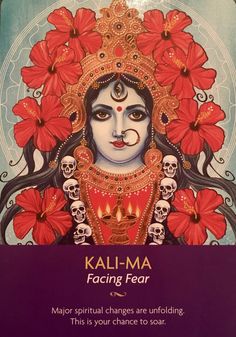 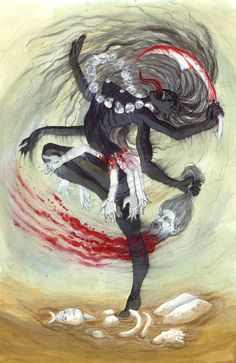 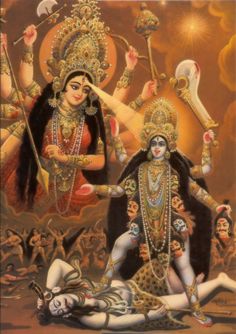 “Dive”, says Kali, “Into the waters of the heart. “The sea is not empty of treasures. If you return emptyhanded at first – dive with renewed resolve Into My Realm.” So many precious stones lie abou… 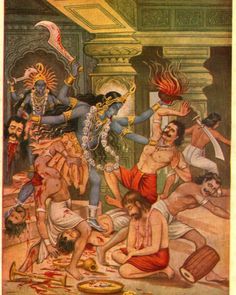 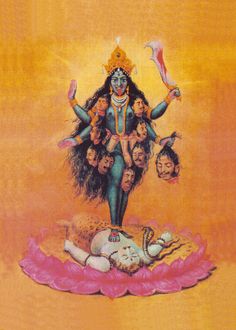 Contact for The Ashram Inc. for Vedic Tantric Divine Meditations 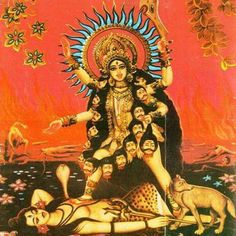 Raghu and his Guru pal Duncan Trussell, get together for an illuminating conversation with Trevor Hall on the Divine Mother. 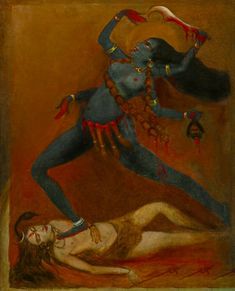 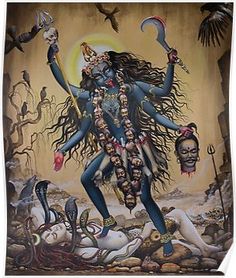 Buy 'Kali' by Vrindavan Das as a Poster. Kali is Goddess is one of 10 Mahavidyas.Kali is destroyer of evil forces. She is also Devine protector and the one who bestows moksha-liberation Acrylic on canvas, 60x70cm www.vrindavanart.com 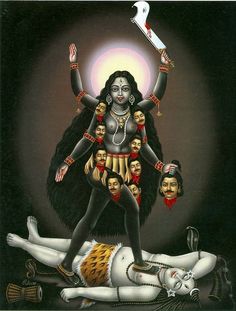