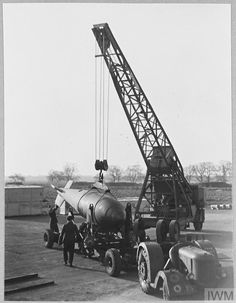 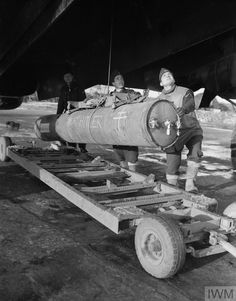 "Pour Hitler" - the intended recipient and the cross of Lorraine are chalked on this 2,000lb HC bomb being winched into a Halifax of the Free French No 347 (Tunisie) Squadron at Elvington, March 1945. 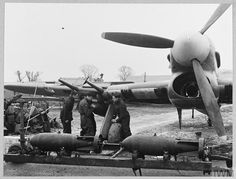 WITH THE NORTHERN RHODESIAN SQUADRON 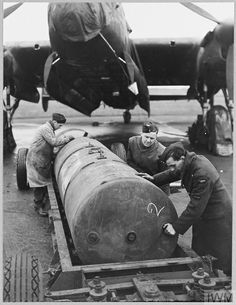 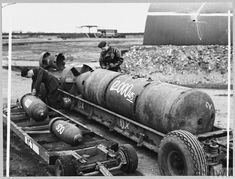 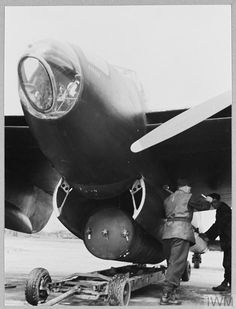 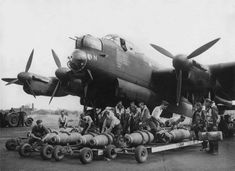 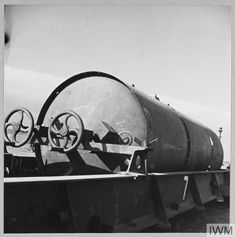 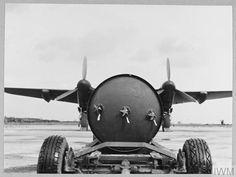 Original wartime caption: The two-seater, twin-engined Mosquito, one of the fastest aircraft of its type in the world, was first used as a photographic reconnaissance aircraft. The development of this aircraft as a fighter and medium bomber followed, and now it has been modified to carry one of the RAF's heavier bombs - the 4000-pounder. 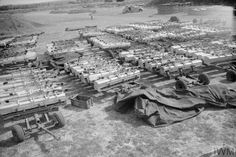 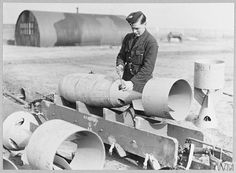 MAKING UP A BOMB-TRAIN FOR "STIRLING" AIRCRAFT

Original wartime caption: Making up a train of bombs for loading into "Stirling" bombers at a Bomber Command station of the R.A.F. 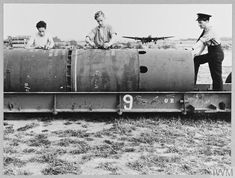 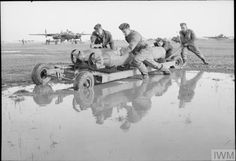 Armourers push a trolley loaded with 500-lb MC bombs through a flooded area at B58 Melsbroek, Belgium, to re-load the waiting North American Mitchells of No. 180 Squadron RAF. 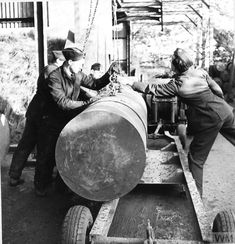 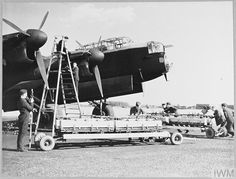 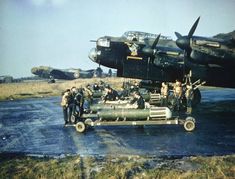