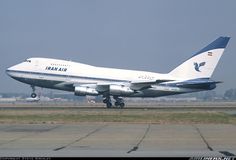 On the flare for 28L. This SP had only been delivered a couple of months earlier, but was in service with Iran Air till 2004! Security was less of an issue in those days! - Photo taken at London - Heathrow (LHR / EGLL) in England, United Kingdom in August, 1976. 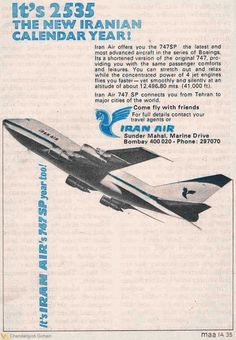 Iran Air offers you the 747SP the latest and most advanced in the series of Boeings, 1970's -- Chandanjyoti Gohain 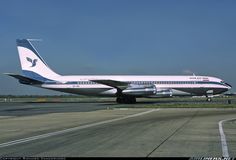 Previously Pan Am's N445PA and seen here on a scheduled cargo run, this 707 was last noted in civilian service around 1990 but is probably among four Iran Air examples taken over by the Air Force, two of which were stored in ex IR colours - Photo taken at London - Heathrow (LHR / EGLL) in England, United Kingdom in October, 1986. 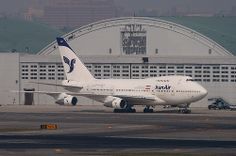 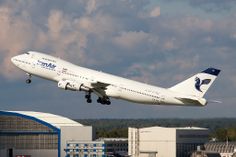 Another nice classic oldie from Tehran. And again with 4 hours of delay. Seen here taking off back to Tehran 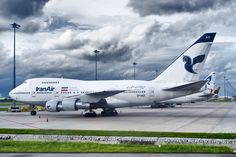 Found a very rare old world sight before taking off from the modern Suvarnabhumi Airport. This Boeing 747-200 SP is still flying under flag carrier as Iran Air. The SP (Special Performance) is a smaller version of the B747, which is enhanced to be able to fly longer routes than the normal B747. The drama in the clouds was a great addition to this rare sight. [Enroute BKK -> SIN] 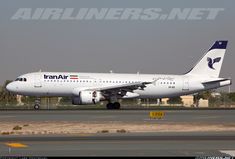 unfortunately not very common in Europe so I was happy to catch her in Dubai - Photo taken at Dubai - International (DXB / OMDB) in United Arab Emirates on November 16, 2011. 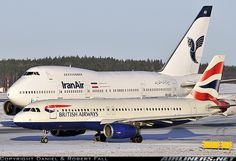 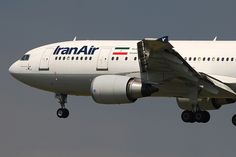 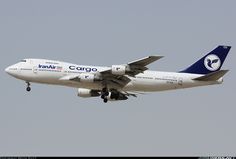 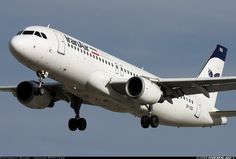 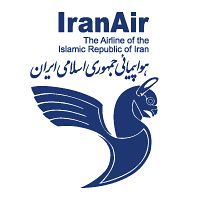 The identity for Air Iran is quite interesting their symbol is derived from the mystic Persian bird called "Homa" or (Huma bird). The Homa is a legendary bird of Sufi fable that is said to never come to rest, living its entire life flying invisibly high above the earth, and never alighting on the ground. 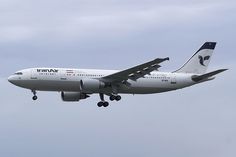 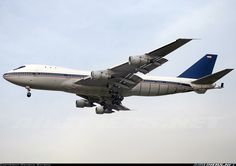 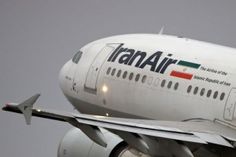