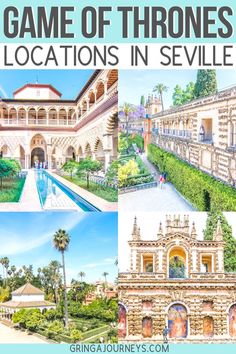 In this article, I'll be listing the exact Game of Thrones Seville filming locations. I'll also include some locations that are just outside of Seville! #seville #spain #spaintravel #sevilletravel #seville #got #gameofthrones 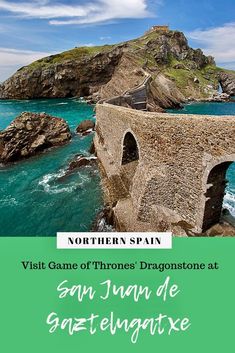 On the Basque coast sits one of Spain's the most photographed spots -- the small island of San Juan de Gaztelugatxe. Attached to the mainland by a short causeway, this rocky isle is topped by a hermitage. Game of Thrones fans will recognise the setting as Dragonstone which was featured in season 7 and 8 of the series. Take the hike across the bridge for spectacular views. #gaztelugatxe #basque region #northernspain #got #gameofthrones #gotfilminglocations #dragonstone 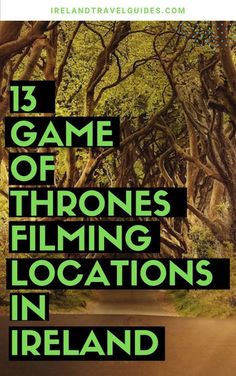 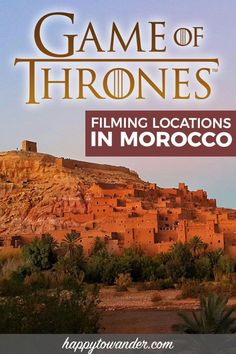 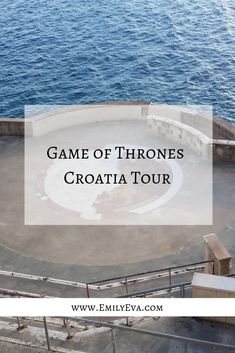 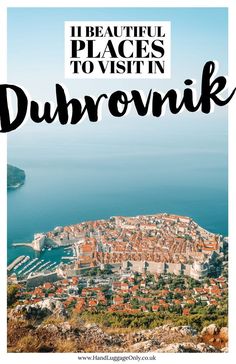 11 Best Things To Do In Dubrovnik 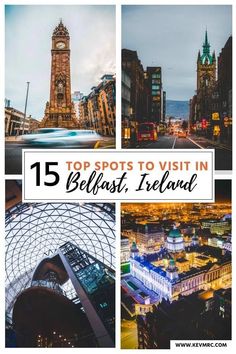 Belfast, Northern Ireland - The 15 Best Things to See in Belfast

Northern ireland - 15 top spots to visit in belfast. 15 best things to see in belfast northern ireland. Belfast is the capital of Northern Ireland, and the largest city in the country. It’s filled with stunning ancient buildings and historical point of interests.The question is:What are the best things to see during your stay in Belfast? Well, that’s exactly what you’re going to see in this guide. #irelandtravel #citybreak 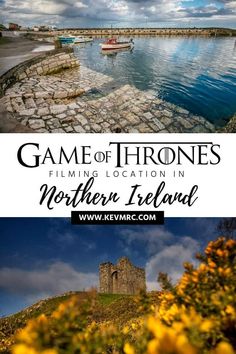 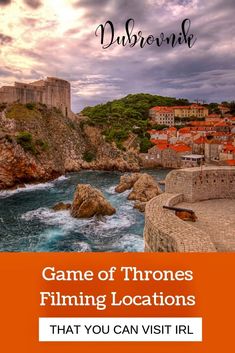 The place with the most Game of Thrones filming locations in the world is Dubrovnik Croatia. Medieval Dubrovnik, with its fortified city walls and towers, is the ideal filming location for a series as addictive and authentically medieval as Game of Thrones. Here, you can visit sites for Kings Landing, the Purple Wedding, the Battle of Blackwater, Joffrey's NameDay Tournament, and Cersei's infamous walk of shame. #got #GameOfThrones #gotFilmingLocations #dubrovnik #Croatia #Cersei #Tyrion 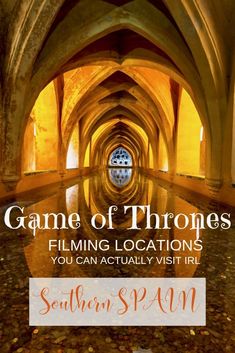 Much of HBO's blockbuster show Game of Thrones is filmed in sunny southern Spain. For die-hard fans looking for some sun, Spanish flare, and a Game of Thrones fix, there are seven real life filming locations in Andalusia you can visit. You can relive the gore and glory of the bloodthirsty medieval show and take a selfie where some of the show’s most memorable scenes were shot. #got #GameOfThrones #gotFilmingLocations #spain #Andalusia #RoyalAlcazar #SouthernSpain 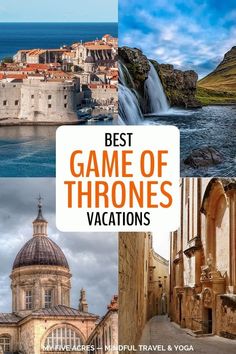 Want to visit Westeros? Can't let go of GoT? Keep the magic alive by taking a Game of Thrones vacation. In this post, we choose our favourite GoT filming locations to bring you that much closer to actually living inside the series. 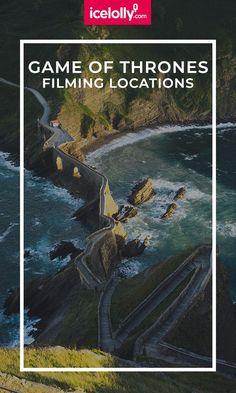 Game Of Thrones Filming Locations You Can Visit On Holiday

With the return of Game of the Thrones to TV screens in April, we thought it'd be a great time to share some of the filming locations you can visit. The landscapes in the show truly look out of this world, but they are in fact from earth itself and places that are pretty easy to visit on your travels. So, without further ado, here are some of the most spectacular settings from the show that you can visit… 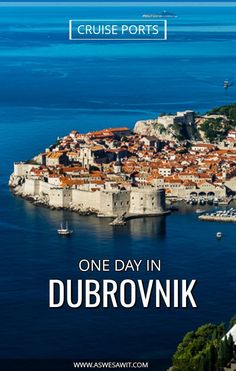 One Day in Dubrovnik: How Much Can You Really See? 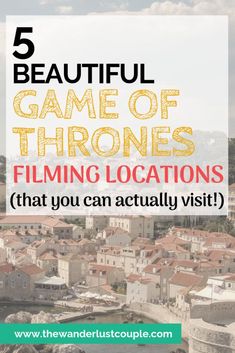 5 beautiful Game of Thrones filming locations that you may want to check out next time you are near one of these destinations including Iceland, Ireland, Malta, Croatia, and Spain. #gameofthrones 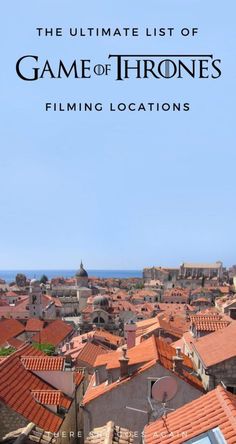 Game of Thrones Filming Locations: Literally All the Places I Could Find

If you're as big of a nerd as I am, then you're going to LOVE this list of all the Game of Thrones filming locations in Europe and Morocco.