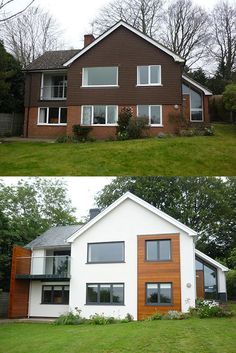 There are many reasons why we bought this house. Good looks isn't one of them. It's the ugly duckling of the road - all the other houses are lovely Victorian houses....beautiful barge boards, smart front… 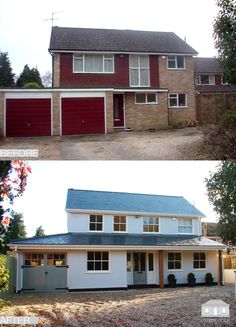 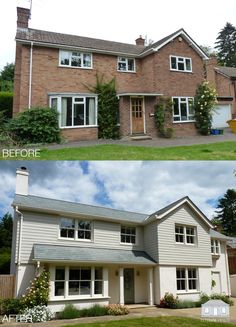 One of our most popular Back to Front projects. Located in Bishop's Stortford, this family home was completely remodelled inside and out with a New England look 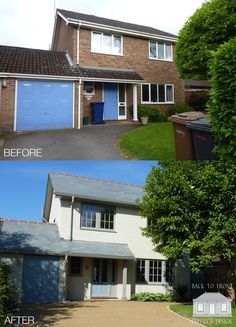 Back to Front Farnham Project Transformation

Exterior makeover of this 1980's house in Farnham, Surrey. The brickwork has been painted along with new timber windows and doors. The roof covering has been changed to slate, completely transforming this house.

Welcome To Our New Kitchen (Renovation Before And After)

For 8 years, I worked day and night on a single steel bench overflowing with kitchen paraphernalia, food, portable cooktop and very little working space. The barely functioning kitchen housed an old oven, a 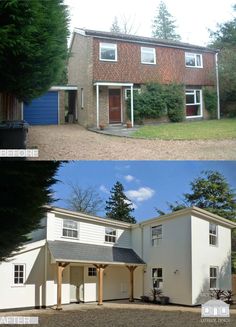 1960's remodelling project featured on Sarah Beeny's "Double Your House for Half the Money" in 2012. A complete remodelling scheme both internally and externally 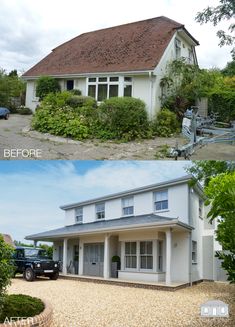 Before & After | Back to Front Exterior Design Consultancy | Surrey 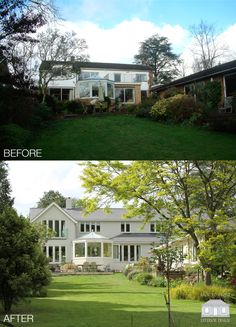 Exterior Rear Transformation of this 1960's home in Surrey. by Back to Front Exterior Design 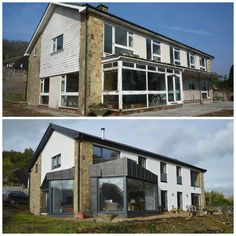 This sad, abandoned 1960's property was given a complete makeover both inside and out. 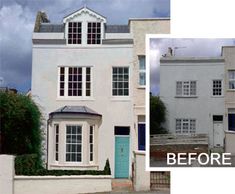 "This early Victorian house had suffered a disastrous makeover in the 1970s,” comments Steven James Taylor, the designer behind this transformation. “Its appearance was ruined by the inappropriate installation of cheap, modern windows which were the wrong shape, size and era for the house.” Steven continues: “The front door was bland and the Victorian bay window – usually a major selling point – had been completely removed.” 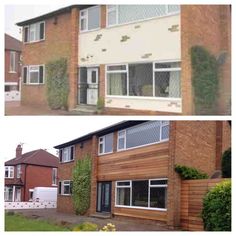 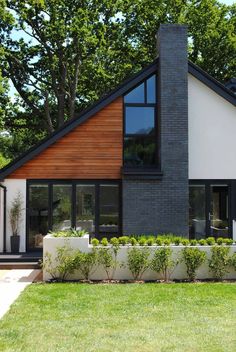 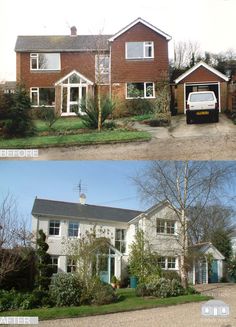 The first Back to Front project! 1960's before and after remodelling scheme