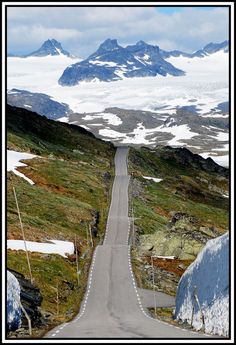 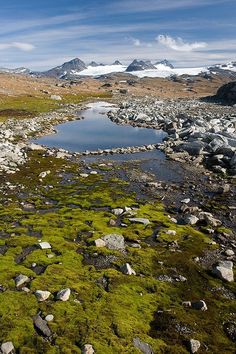 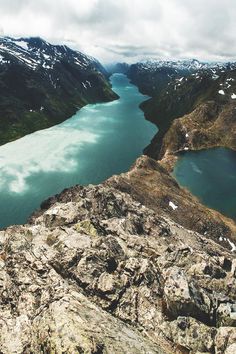 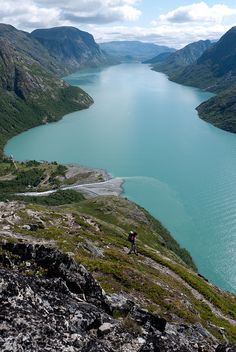 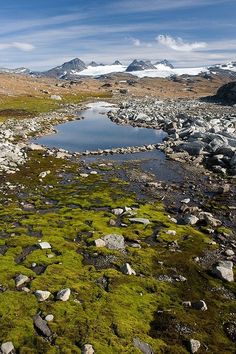 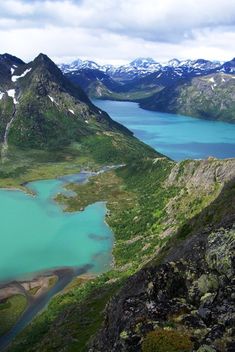 Holding over 250 mountain peaks, Jotunheimen National Park in Norway has a very fitting name: it is inspired by Norse mythology and means “The home of the 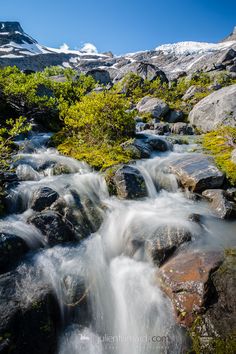 Since I came back from Iceland, I do not see the world with the same vision. Everything on this island is so unbelievable that most landscapes here in Norway seem tasteless, even sometimes boring … 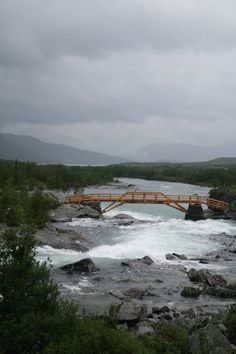 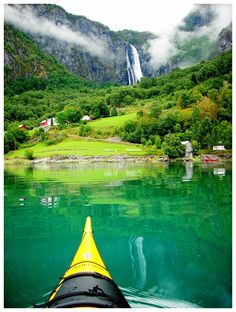 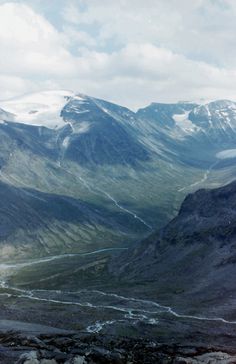 Jotunheimen a beautiful national park in Norway. With Norway's highest mountain, Galdhøpiggen. A Jotun is a kind of troll, so Jotunheimen means home of the trolls. Norway. 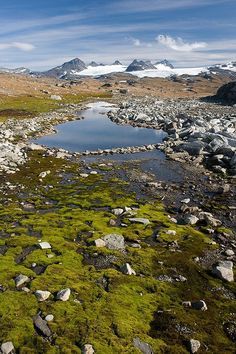 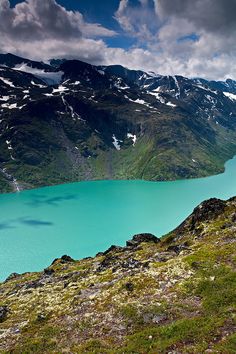 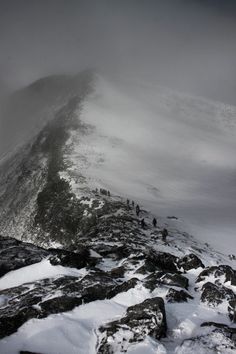 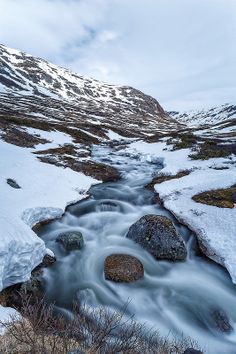 I found several of these rivers while I was driving Snow Road in the Jotunheimen National Park, the melted snow coming from the the top of the mountains were forming these small rivers of frozen waters. This photo was taken at 1001 meters of altitude (3284 feet). Interested in prints? I have a selection available here: alexgaliano.smugmug.com 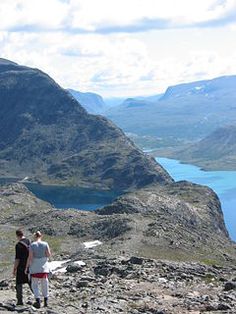 Jotunheimen [http://www.turistforeningen.no/turplanlegger/location.php?lo_id=NO_jot] is Norway's most famous mountain area and national park. The name "Jotunheimen" has its roots in Norse mythology, and literally means "The home of the giants".