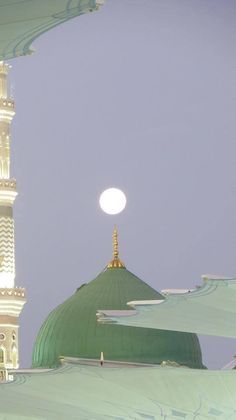 Moon above dome, Mosque of the Prophet, al-Madinah, Saudi Arabia

Moon above dome, Mosque of the Prophet, al-Madinah, Saudi Arabia 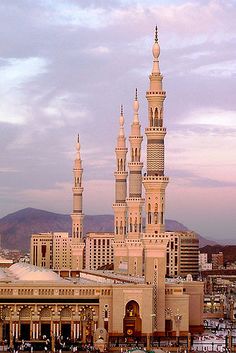 Minarets of the grand and historic Prophet's Mosque in Medina, Saudi Arabia. 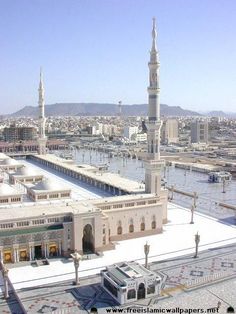 Al-Masjid al-Nabawi ( المسجد النبوي "Mosque of the Prophet"), is a mosque situated in the city of Medina. As the final resting place of the Islamic prophet Hazrat Muhammad(P.B.U.H), it is considered the second holiest site in Islam by Muslims (the first being the Masjid al-Haram in Mecca) and is one of the largest mosques in the world. It is the second mosque built in history. 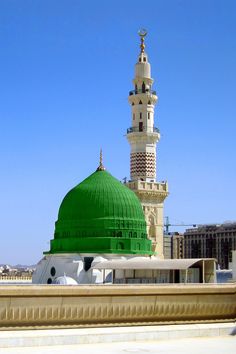 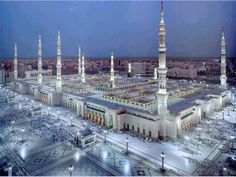 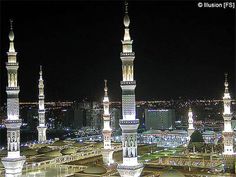 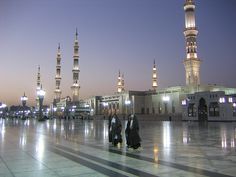 Mosques around the world 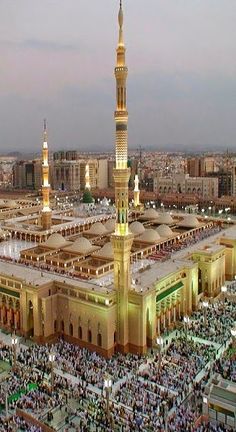 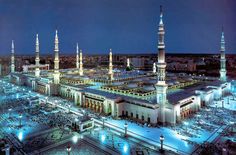 The diagram above is a plan view of the front part of Masjid Nabwi and identifies pillars (ustuwaanah) where a significant event or act occurred (the pillars themselves are not important). 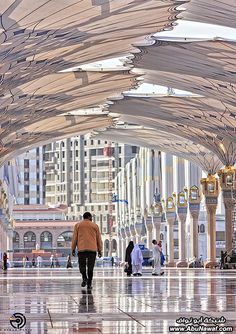 ☪ Al-Masjid an-Nabawī (Arabic: المسجد النبوي‎), also called the Prophet's Mosque, is a mosque established and originally built by the Islamic prophet Muhammad, situated in the city of Medina. Al-Masjid an-Nabawi was the second mosque built in the history of Islam and is now one of the largest mosques in the world. It is the second-holiest site in Islam, after al-Masjid al-Haram in Mecca. 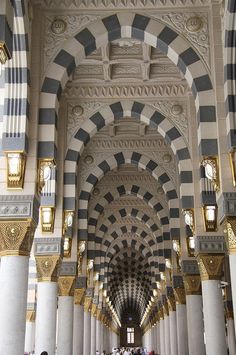 A blog all about Arab Culture |Ask| |Submit|