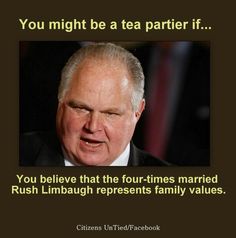 Not to mention his trips to the Dominican Republic with several bottles of Viagra in his suit case that were prescribed to some one else and his drug addiction and.... and..... 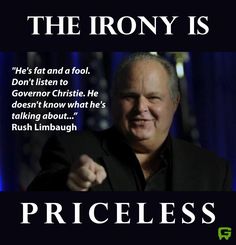 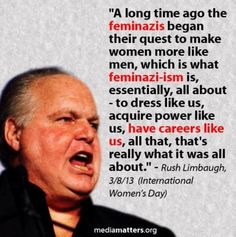 “#stoprush and his vile rhetoric” 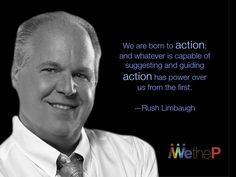 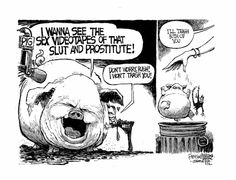 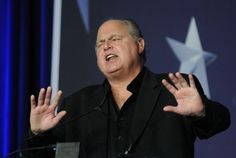 Rush Limbaugh: Women actually are consenting when they say 'no'

Radio host Rush Limbaugh weighed in on the campus sexual assault controversy Monday, saying sometimes women are still consenting to sex when they say "no."

Rush Limbaugh Limbaugh defended Sen. Rand Paul after his widely-discussed interview with "Today" host Savannah Guthrie this week. "She showed open disrespect," Limbaugh told his audience. "She had no interest whatsoever in the substance of what he was saying and tried to prevent him from saying or contributing any substance. She's the one that scores."…

RUSH: Ralph in Omaha. Welcome to the program. Hello. CALLER: Thanks, Rush. It’s a real honor to be speaking with you. I’m calling because I find Obama’s outrage over medical care for the veterans is more than a bit disingenuous. I recall when he first was elected to office, that it was his thinking that […]

RUSH: No longer is this just gonna be a long list of stories that I might mention on the program. Now, you will get specifically the stories that I talk about on the program and a select list of a few others that I intended to get to but ran out of time. It's going to be more of a real-time base feature rather than just a generic list of places that I go to prep the show. 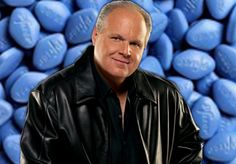 The Permanent Impotence of Rush Limbaugh

There is more than one kind of impotence. It appears Rush Limbaugh has both. The fact that he has had four wives and no children made some people wonder about his sexual preferences, or the possibi…

“After rollout of Obamacare, one official finally had enough and declared, “I am tired of the cover ups.”” 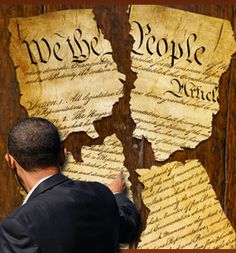 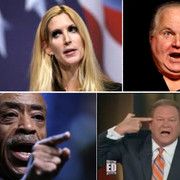