The medieval center of Sighisoara - Sighisoara is located in the Transylvania region and is accessible through direct train routes via Bucharest, Sibiu, Vienna, or Budapest. Built by German craftsmen and merchants during the 12th century on a former Roman settlement, the area preserved its historic features very well. Even though a traveler is likely to be interested in walking through the entire town, Sighisoara’s medieval center is generally the most popular attraction. 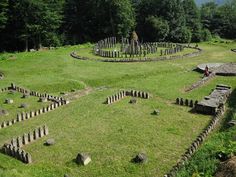 The sacred area of Sarmisegetuza Regia - The ancient inhabitants of Romania were called Dacians, an Indo-European people who inhabited the area in and around the Carpathian Mountains. People visiting Sarmisegetuza Regia, near the city of Orastie (in the village of Gradistea Muncelului), at an altitude of 1200 meters, often say they get a strange vibe while being in the sanctuaries of the former capital of Dacia. 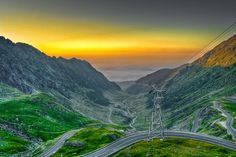 Transfagarasan road and Balea Lake - The Transfagarasan road consists of 90 kilometers of twists and turns. The road starts near the city of Pitesti (accessible via Bucharest) and links the historic Romanian regions of Transylvania and Wallachia. When you get to the end (the road climbs up to 2034m), a soothing natural reward will be waiting for you. It is called Balea Lake, and it is the second largest glacier lake in Romania, surrounded by spectacular mountain peaks. 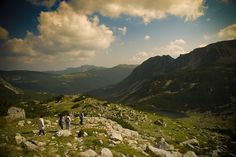 Retezat National Park - The Retezat Mountains in Romania are spectacular. You can reach them by train and minibus via Timisoara (served by international airport Traian Vuia). The entrance fee is the equivalent of $2US, payable at the Gentiana chalet on your way up or at the rescue cabin (Salvamont) near Bucura Lake. Aside from accommodating hundreds of rare species of flora and fauna, Retezat National Park has more than 80 beautiful lakes and accessible hiking trails. 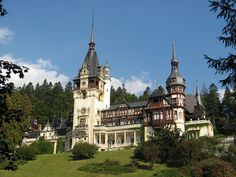 Peles Castle, Sinaia - If you start your trip in Bucharest, Romania’s capital (served by two international airports), you will find the picturesque Peles Castle in the city of Sinaia on the route to Brasov. Built between 1873-1914, this Neo-Renaissance landmark was commissioned by King Carol I and briefly served as the headquarters of the Romanian monarchy. Today, this national museum is visited by travelers all around the Globe and is considered one of the most elegant castles in… 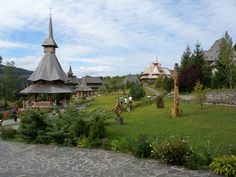 Wooden churches of Maramures - Close to the Ukrainian border, this is a place you can access via the town of Baia Mare, served by an international airport and connected by national roads to major cities like Bucharest or Cluj-Napoca. It is said experiencing the history of Maramures can be done by visiting its wooden churches, eight of which are protected by UNESCO. 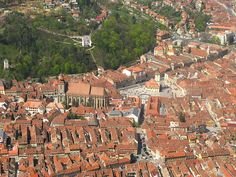 Tampa peak, Brasov - Easy to access by train via Bucharest, Brasov is probably the most captivating large city of Romania. Its medieval charm, narrow cobblestone streets, and relaxed mountain atmosphere make any trip here worth your while. Just steps away from downtown Brasov there is a cable railway gondola that will take you on Tampa Peak (955 meters in height). It is best if you position yourself facing the city for the best views. Ascending and descending will cost you about $12US. 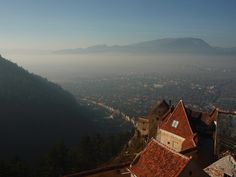 Rasnov fortress - Considered to be one of the best-conserved rustic citadel in Transylvania, Rasnov fortress is located 15 kilometers away from Brasov, near the main road that links it to the city of Campulung. Overlooking the small town bearing the same name, the citadel has a very interesting history. It was built by the locals in the thirteen century as a result of foreign invasions. Its complex structure features various towers and two lovely courtyards.