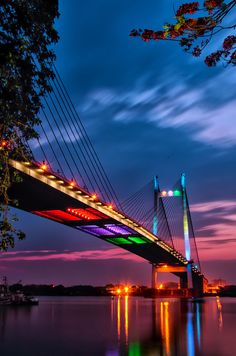 The light bridge....Vidyasagar Setu, also known as the Second Hooghly Bridge, is a toll bridge over the Hooghly River in West Bengal, India, linking the cities of Kolkata and Howrah

Eden Gardens is a cricket ground in Kolkata, India. It is the largest cricket stadium in India and second-largest in the world by seating capacity. The den Gardens has been called cricket's answer to the legendary 'Colosseum' in Rome. Mota trivia: In March 2001, VVS Laxman and Rahul Dravid set the stage on this very ground for the greatest come-from-behind victory of modern times, against an Australian team poised for an unprecedented 17th straight Test win. 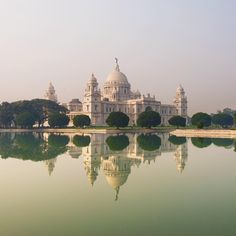 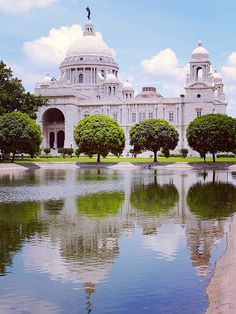 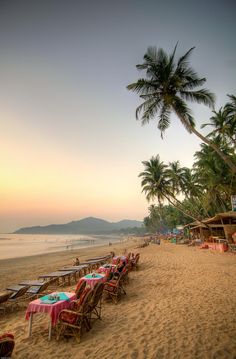 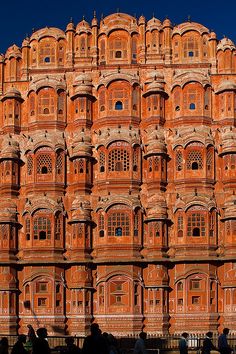 Hawa Mahal is a major landmark and a famous tourist attraction of Jaipur. The Palace offers a beautiful sight to behold. The splendid Rajputana architecture of Hawa Mahal, still speaks the glory of the royal family. However, one can also find a glimpse of Mughal architecture, which is blended perfectly to make it different from others. The literal meaning of Hawa Mahal is Palace of Winds. Hawa Mahal was built by Maharaja Sawai Pratap Singh in 1799. 裸 Schlampe 懒妇 나체상 फूहड़ 벌거 벗은 desnudo…

Top 10 Places to visit before you die - TopYaps

The Taj Mahal, India's architectural crown jewel is one of the seven wonders of the world. | 20+ Amazing Photos of India, a Fascinating Travel Destination