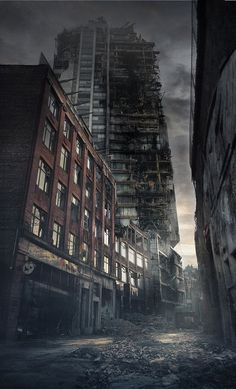 How the apocalypse would look in Manchester & London

Photographer and artist James Chadderton has created this dark yet beautiful series that satisfies our perverse attraction to the speculation of our own demise. The crumbling cityscapes provide us with... 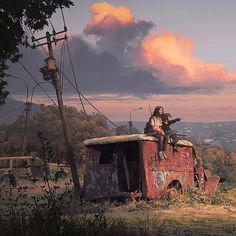 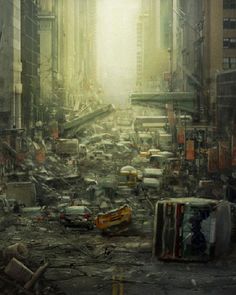 Daniella tapped her foot looking at the picture in her hand the ruined city that apparently stood tall ones before they came. They didn't look much different than humans but they had a violence in them a hunger for destruction, they made this happen. Thy attacked,forcing humans to produce more weapons than they ever did, they turned the world everyone ones knew in a wasteland of war, a war Daniella would do anything to stop. 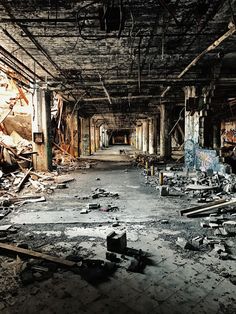 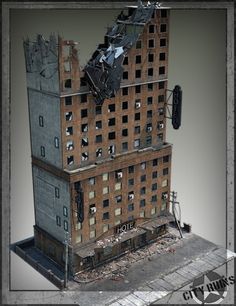 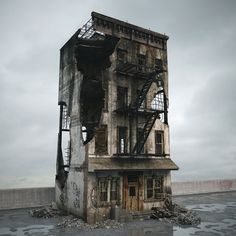 I got inspired to create this scene after playing the game The Last of Us, it's an amazing game with awesome art style. I tried to capture the somber mood that the game has in this scene, making it feel like the street has been abandoned for years and

Terminator Salvation 03 by Pino44io on DeviantArt

I've been playing the beta for The Division all day, so I was very much inspired to paint this. Urban locations aren't usually my comfort zone, so it was nice to do something totally different. I also took inspiration from some photography I did 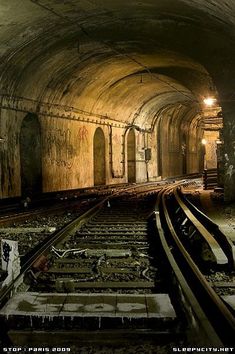 38 Creepy Abandoned Places | These Were Once Busy Places

some abandoned places are truly stunningly beautiful. Some of theme were once a busy and crowded place or workplace

the front page of the internet

The last of us by CordobezWeee on DeviantArt

The last of us by CordobezWeee.deviantart.com on @deviantART 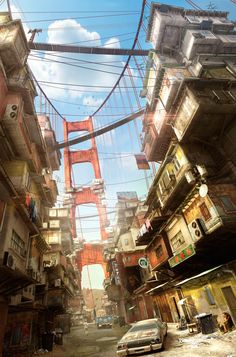 All Babes Are Wolves 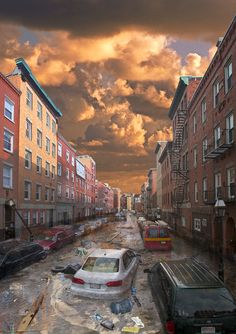 The Art of Dave Seeley

Junk world 3 by WiredHuman on DeviantArt

Junk world 3 by WiredHuman.deviantart.com on @DeviantArt